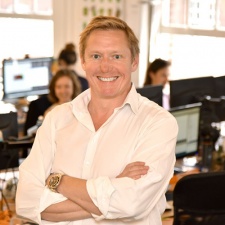 Digital games retailer Green Man Gaming has responded to criticism of statistics it has added to product storefront pages.

These were added a few months ago, and show users what the average cost of a game per hour of gameplay is, the average amount of time to complete, what percentage of users complete the game, how many people in the community own it and the number of time that a product has been added to a wishlist. An example from the Mad Max page is below.

The stat that drew the ire of some indie developers and publishers was the 'average cost per hour' figure, which some have claimed ties into an unhealthy notion from consumers that a game's cost should be a direct correlation of how much time a user is going to spend with it. Using this metric, some members of the games community feel that smaller indie productions should cost less than they are charging.

But speaking to PCGamesInsider.biz, CEO Paul Sulyok says his company is simply giving more information to consumers in a saturated entertainment market.

"To us, games have never been better and have become part of the mainstream entertainment landscape," he said.

"With the global entertainment industry as a whole worth $215 billion and video games taking up one third of it, there’s a lot of competition for the consumer's time. There’s so much choice for entertainment that consumers have to make informed decisions on whether they spend time and money on going to the cinema, watching a stream or playing games.

"We believe that playing video games is a very cost effective form of entertainment and the cost per hour stat allows the community to make informed choices so they can decide how they spend their time and money against other activities. The stat was introduced in response to demand from our community who were looking for different ways of deciding how to spend their money and is not linked in any way to the value or experience of the game. This can be done through customer reviews and discussions which are also available on the Green Man Gaming store."

Questions were also raised about where these stats were sourced. Sulyok claims that this information comes from its own community.

"It is an accurate statistic that is calculated using two non-extrapolated data points: the total number of actual gameplay time by our community and the current sale price as shown on the store," he said.

"This data is based on our community which we’ve built up since our acquisition of Playfire in 2012."

Why is Green Man Gaming planning on going public?