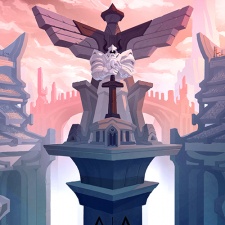 The terms and amount of the deal have not been disclosed, with the company saying the dotted line was signed yesterday.

Blue Mammoth is best known for the free-to-play fighting game, Brawlhalla, which Ubisoft claims is the most-played title in this genre on Steam. That game, per SteamSpy, has more than 8.3m players, but an average of just 6,152 people playing in the last 30 days.

“With Brawlhalla, we’re getting a hugely popular and highly-profitable title that aligns with our strategy of expanding our audience and providing players with long-lasting, entertaining gaming experiences.”

Blue Mammoth founders Matthew Woomer and Lincoln Hamilton added: “We’re looking forward to leveraging Ubisoft’s expertise and resources to continue developing and supporting Brawlhalla for the long term, and to benefiting from their help in bringing the game to new players."

This isn't the only deal the French publisher has made recently, having purchased 1492 Studio, the mobile games studio behind Is It Love?

Report: Vivendi sets eyes on takeover bid for Ubisoft by end of 2017