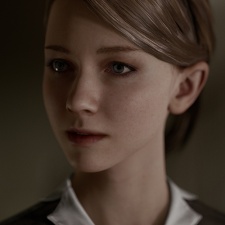 French games maker Quantic Dream has released a brand new statement in the wake of allegations about its unhealthy studio culture.

Taking to Twitter with a message in its native tongue (below), the studio claims to be the victim of a "veritable smear campaign" which has been based on "slanderous remarks". Credit to Resetera user Animal Liberation for translating this.

Once more, the company refuted the accusations made against it, saying that it hopes the spreading of "erroneous information" will cease so that Quantic Dream can protect its employees.

Furthermore, the studio denies any complaints of harassment or discrimination but does go on to confirm that two of its staff went to the Industrial Court last year but were dismissed of all claims. A third case is still up in the air.

And if that wasn't enough, the studio is taking legal action. Right now, the studio is working on PlayStation 4-exclusive Detroit: Become Human (pictured).

"Since Jan 14th 2018, Quantic Dream has been the subject of a campaign of slander on the part of certain media outlets, based on libelous statements whose origin and veracity are in question," the studio wrote, as translated by Animal Liberation.

"We wish to once again refute the allegations made against the studio, its employees and management. We want these unfounded attacks and the resulting dissemination of totally false information to stop so that we can protect our collaborators.

"We state, once again, that we have no knowledge of any complaint for "harassment and discrimination".

"We confirm that two employees who filed claims with the labour court in 2017 have had their claims dismissed on January 19th 2018, and that a third judgement is currently pending.

"Several other legal actions are also underway in order to defend the reputation of our studio and protect the jobs of a class-leading French small business. We trust the legal system and hope it will render a verdict quickly, in a serene and peaceful climate."

While PCGamesInsider.biz has no knowledge of what life was like on the inside of Quantic Dream, the moment a company starts talking about a smear campaign - no less, one that seemingly has zero motive - it's a bit of a red flag for the whole narrative if we're honest.

Quantic Dream is self-publishing its game in the future