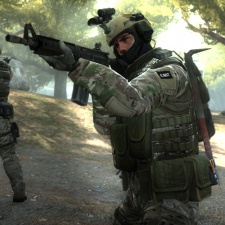 One of the minds behind Counter-Strike has been arrested for sexual exploitation of a child.

As reported by Kotaku, Jess Cliffe has been detained by Seattle police and denied bail. Local news outlet KIRO 7 says that he has not yet been charged with a crime.

Following this news, Valve has opted to suspended his employment at the PC games specialist.

“We are still learning details of what actually happened," the firm told Kotaku.

"Reports suggest he has been arrested for a felony offense. As such we have suspended his employment until we know more.”

Cliffe was one of two designers who made the original Counter-Strike Half-Life mod back in 1999, the other being Minh Le. Valve purchased the rights to the online tactical shooter in 2000.

The title continues to be one of the biggest PC games out there, and one of the most regularly played.

A man stole over $40,000 worth of merchandise and technology from Valve