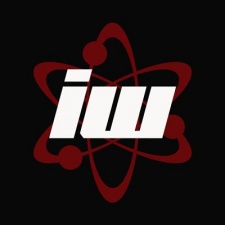 One of the three studios behind the Call of Duty franchise Infinity Ward now has a presence in Poland.

Announced a post on the Call of Duty community site, Infinity Ward revealed that it has opened a studio in Krakow. The new studio, imaginatively named Infinity Ward Poland, will be focusing on research and development in close tandem with the LA branch of the shooter specialists.

The venture is going to be headed up by principal rendering engineer Michal Drobot, whose CV includes stints at Guerrilla Games and Ubisoft Montreal.

“We’re building a world-class R&D studio that will tap into the creative local game development culture and talent in Poland. This expansion will further solidify our position as one of the most dedicated and accomplished teams in the industry. We look forward to great things to come.”

Infinity Ward is technically the studio that started the Call of Duty franchise, but much of the staff who were actually involved in this venture left to found Titanfall maker Respawn.

The last title Infinity Ward worked on was Call of Duty: Infinite Warfare which was met with less-than-stellar reviews and did not sell amazingly well. The studio's next title will be out in 2019, following Treyarch's 2018 release.