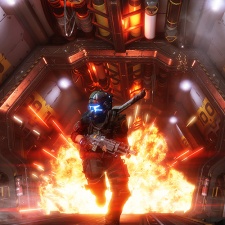 The maker of sci-fi mech shooter Titanfall is now part of the EA family.

The deal is setting back EA $151m in cash, with up to $164m in long-term equity. This will be vested over the course of the next hour years. Furthermore, if Respawn hits certain performance milestones, up to 2022, the developer could benefit from another $140m

Respawn was founded in 2010 by members of Call of Duty developer Infinity Ward after a falling out with publisher Activision.

The massive irony here is that Infinity Ward began life back in 2002 after making Medal of Honor: Allied Assault at 2015 Inc - the company was founded because EA took development of that military shooter series in house, so the developers founded another studio and teamed up with Activision.

Time is a flat circle.

Kotaku reports that Korean games giant Nexon - who published the Titanfall mobile game - put in an offer, with EA given first refusal on the deal. This might have something to do with the fact that Respawn is reported to have been set up - in part - with money from the EA Partners Fund.

“Our longtime partnership is grounded in a shared desire to push the boundaries and deliver extraordinary and innovative new experiences for players around the world. Together, we’ve brought this to life in the Titanfall franchise, and now with the Respawn team joining EA, we have exciting plans to accomplish even more amazing things in the future.”

Respawn chief Vince Zampella added: “We started Respawn with the goal to create a studio with some of the best talent in the industry, and to be a top developer of innovative games, We felt that now was the time to join an industry leader that brings the resources and support we need for long term success, while still keeping our culture and creative freedom. EA has been a great partner over the years with Titanfall and Titanfall 2, and we’re excited to combine our strengths. This is a great next step for Respawn, EA, and our players.”

“While it wasn’t necessary, going with EA made a lot of sense. With Titanfall and Star Wars, EA has been a great development partner that supports us and doesn’t interfere with our process for making games or studio culture,” he wrote.

“EA will provide us with more resources, access to new technologies, and expertise that we can tap into to that will help us make better games, and Respawn will retain the same creative freedom and culture we’ve always had. We’ve been talking closely with the leadership at EA and we share their values and vision for the future of being a developer-focused company that puts the players first.”