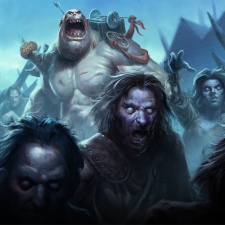 Players will be fighting the armies of the dead in an alternate undead dimension. This will culminate in a 90 minute endgame on October 28th, with the highest-scoring 1,000 players facing off in a ‘last man standing’ match, with the winner being crowned the ruler of the Damned.

“We’ve played with the idea of survival modes in RuneScape in the past, most notably with our DarkScape experiment a couple of years ago, and they’ve proved popular. However, as a purely PvE survival game mode, Dimension of the Damned is quite unlike anything we’ve released before,” senior product manager Matt Casey said.

“We’re really looking forward to seeing how tactics develop over the coming days as players try to reach the finale and compete to win an incredible set of prizes, but with only 1,000 places available in the endgame expect the competition to be stiff and full of rigor (mortis).”

Fingers crossed this RuneScape competition goes better than its last one. Its Deadman Autumn 17 tournament faced problems due to users cheating, or banding together and not fighting.

Speaking to PCGamesInsider.biz earlier this year, Jagex said it wanted to grow beyond RuneScape in the future.