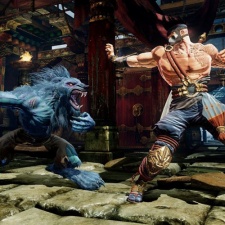 2013 brawler Killer Instinct will be launching on Steam in the coming weeks, with Microsoft saying that these users will be able to cross-play with Windows 10 and Xbox One users.

In a blog post on Xbox Wire from Rukari Austin, community manager for the fighting game, which said that testing was underway to ensure Steam and Microsoft gamers could play together.

That such work needs to be done to ensure that PC players can play other PC players is strange, and a side effect of Microsoft creating something of a walled garden with its Windows 10 platform.

Killer Instinct was a launch title for the Xbox One, which released in November 2013, with a Windows 10 edition coming out in March 2016. A Steam release is on the cards for this year.

“When you download the latest Killer Instinct content update, if you haven’t done so already, you’ll undoubtedly notice something peculiar, so we wanted to give you a heads up at what’s to come before you spotted it in the wild,” Austin wrote.

“Tucked away in this update is a switch that will enable a certain feature you’ve all been clamoring for, and that feature is indeed cross-play!

“Yes, this is your confirmation that Killer Instinct players on Xbox One or Windows 10 will be able to play cross-network with players on Steam, and we’re super excited to be able to bring that feature to you when KI launches on Steam in the coming weeks.

“There is one small caveat, though. We will be testing this feature, making sure all the kinks are worked out (as best as we can) in a live environment. What that means for you is that you will see the option for cross-play in your menus, but then there will be times where that menu item is turned off, and seemingly missing. Never fear, that is simply us working on things in the background, and your experience will not be affected as we do our work.

“This feature being turned on/off will have zero impact on your ability to play KI in-network, or between Xbox & Windows 10 players. So please, play to your heart’s content while we do the dirty work in the background.”