Creators on Minecraft Marketplace have made more than $1m 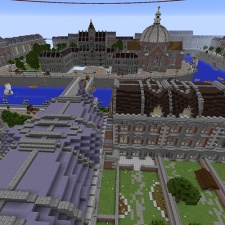 It’s only been live for two months but already Microsoft has paid out $1m to creators.

The firm revealed this information via Twitter (below), with this money being split between just 12 creators.

Minecraft Marketplace was announced on Xbox’s stage at E3 this year, and lets professional content creators sell texture packs, character skins and maps for Minecraft coins – these in turns can be bought with real money. It launched with nine creators on board and has since added another three.

"Minecraft has some ~amazing~ Marketplace partners, and we're continually bringing new folks onboard," reads a post on the Microsoft news site.

"We started the program with nine folks back in June, and since then have expanded our partner roster to 12, with plans to keep adding more partners. The program offers our players a wide variety of community-created content that they can safely and easily access, while also allowing the community to support one another's work and allow creators the chance to turn their creativity into a way to make a living.”

Minecraft launched in 2011 and to date has sold more than 121m copies.