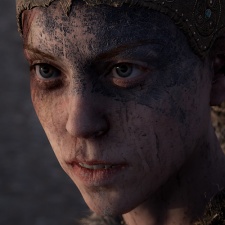 There were some new faces in the Steam charts this week.

Ninja Theory’s long-awaited title Hellblade: Senua's Sacrifice (pictured) debuted in second place. This title gained a lot of press this week due to the revelation that it featured permadeath if the player died more than eight times.

It is refreshing to see a game with such overtly dark themes – such as mental health and psychosis – do so well commercially, however.

Meanwhile, Cliff Bleszinski’s Lawbreakers debuts in fifth place, with SteamSpy reporting sales of 47k in its first week. There were concerns that Boss Key’s debut was going to be a flop, with reports that the game sold less than fellow team shooter flop Battleborn, which these numbers do little to dispel.

Playerunknown’s Battlegrounds still claims the top spot, amid rumours that Chinese tech and entertainment giant Tencent was looking to buy – and then invest in – developer and publisher Bluehole.

Pre-orders for Total War: Warhammer II from RTS gurus Creative Assembly were the third most purchased item of the week, while No Man’s Sky returns to the Top Ten at No.6 following the launch of its most recent update, Atlas Rises.

theHunter: Call of the Wild also returns to the charts.

Below is the Steam Top Ten for the week ending August 13th: