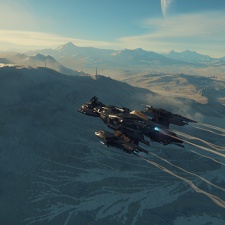 Announced via a production update on developer Roberts Space Industries' website, Update 3.0 will be launching one month later, to the start of September.

This update was originally set for a 2016 release, before being bumped to July, then August and now September.

The delay was met with a negative response from some gamers, causing the studio’s community manager Will "Soulcrusher" Leverett to step in on its forums to provide something of an explanation.

“As gamers, we are conditioned to consider all dates as static points in time that we can wrap our heads around and plan for in advance,” he said.

“The nature of this project does not neatly fit into that mold due to the complexity of what we’re building, and with what we learn about what's possible and needed along the way. These date ranges are dynamic according to the challenges presented to us at that time, and we actively maintain that to keep you up to date.

“The scope of 3.0 is not insignificant, as Chris discussed here. It introduces a level of tech and infrastructure that’s an order of magnitude larger and more complex than all of our previous versions combined. There are thousands of new assets, millions of entities to manage, new UI, new features, multiple new backend services, etc. all being introduced in 3.0.”