Fortnite sold 500,000-plus copies in first day on sale 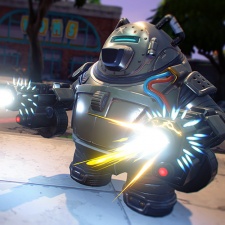 Epic’s new action title Fortnite has already hit the half a million sales mark, just one day after its early access release.

This feat was announced via Twitter by creative director Darren Sugg (below), who said he was 'humbled by the response' to Fortnite's launch.

The title is not finished yet, but is available to gamers who pre-ordered ‘Founder’s Pack’ which grants access to the game before launch. So that equates to over 500,000 pre-orders.

This sales milestone comes despite the fact that Fortnite is going free-to-play upon its final release in 2018. A final release date is yet to be pinned down.

Absolutely humbled by the response to this week's @FortniteGame launch. 500k+ digital pre-order sales and just getting started! Thank YOU.