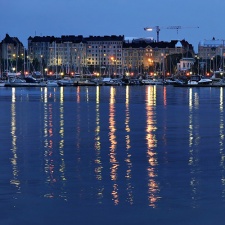 For the first time ever, Steel Media will be running PC tracks at its Helsinki Connects event.

PC Connects Helsinki will be running on September 19th and 20th alongside Pocket Gamer Connects and XR Connects. These will be taking place at Helsinki’s Wanha Satama.

Much like our other Connects events, PC Connects will feature a conference comprised of several tracks of unmissable talks and panels.

Fancy coming along and speaking? Then sign up and submit what you want to talk about here.

As well as the conference tracks, there’s an expo hall where developers, publishers and service companies can come show off their wares, as well as the Big PC Indie Pitch, in which developers present their projects to our panel of judges and prizes can be won.

Tickets can be bought, and more information can be found, here.

Just ONE WEEK to go until PC Connects Helsinki

Developers in Finland: sign up for your free bus to PC Connects now!