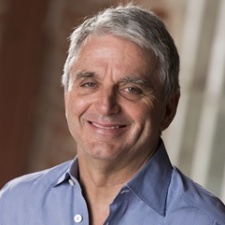 That's according to The Wall Street Journal, which has confirmation from the company that it was making around 300 employees redundant. In a letter to staff, CEO John Riccitiello said that this was due to a change of focus at the company, as well as the usual "streamlining" nonsense. That's on top of economic shifts, as well as the reception its acquisition of IronSource received.

"We reassessed our objectives, strategies, goals and priorities in light of the current economic conditions," Riccitiello wrote.

"While we remain focused on the same vision, we decided that we need to be more selective in our investments to come out stronger as a company."

He told the Journal: "We're dealing very specifically with overlap and a handful of projects are going in the closet."

Such projects include a sports viewing tech platform, which would let people see an event from any angle.

"In the current economy, it's not a good time to bring that to the market," Riccitiello continued. "We are letting that team go even though we're thrilled with the work they've done."

This is the second lot of layoffs that Unity has executed in the last year, following a round of job cuts in June 2022. The company told GI.biz months later that it would not be making further layoffs.

Unity CFO Kim Jabal is leaving the company in May

Microsoft laying off hundreds of staff