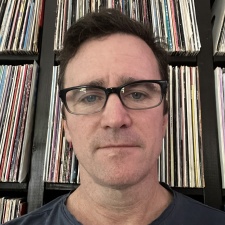 He has come on board as principal design director, having previously spent 24 years working for Activision Blizzard. He joined the company back in 1996 as an audio designer, musician and video editor before being promoted to production roles three years later. In 2004, he moved to Activision's Neversoft as a game director and project director, working on the Call of Duty, Guitar Hero and Tony Hawk franchises, before moving to Infinity Ward ten years later.

At that studio, he contributed Call of Duty: Infinite Warfare's Zombies in Spaceland DLC, as well as other Zombies content for 2017. He then moved to a principal designer for 2019's Call of Duty: Modern Warfare, a role he left in 2021 to run his own company, Bleeptrix.

"By taking a long-term vision towards game development, Embracer has an enticing business model, which is why I believe the group has enjoyed such rapid growth. With a progressive attitude that serves the gaming community first, I’m delighted to join the leadership team and look forward to putting my skillset to work as part of the Freemode family.”

Embracer Freemode CEO Lee Guinchard added: “There’s little doubt that Brian’s addition to the leadership team will prove hugely significant to the group. With unrivalled acumen across game development, Brian’s top-tier leadership skills and technical savvy have cemented his status in our industry. Brian is a highly creative, hands-on designer and trusted studio leader with a proven record of delivering high-quality gaming experiences on time and on budget. His impressive credentials and technical prowess will be a huge asset as we grow our group and continue developing quality gaming experiences.”

Embracer Freemode was revealed in August of this year and is a never division focused on "operating activities in the retro, classic, and heritage gaming category, as well as investing in iconic gaming and entertainment properties."

Embracer announces acquisitions including Lord of the Rings IP