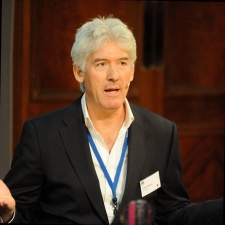 UK game developer FuturLab has brought on board its first chairman in industry vet Tom Stone.

Stone's role in a non-executive one. He has worked in the industry for 30 years, having held roles at EA on the burgeoning FIFA franchise, as well as founding Giants Entertainment and co-founding TT Games.

"We first met Tom 10 years ago, when we were matched with him on a Nesta Mentorship scheme. It’s humbling to know that he’s believed in us and championed us from the side-lines all this time, so we are delighted to finally be able to bring him onboard in a more official capacity. Tom continues to encourage us to believe in ourselves and helps us to realise our vision. We’re very excited to see where this new official partnership takes FuturLab.”

Chairman Tom Stone added: “When James and Kirsty pitched PowerWash Simulator to me, I knew this was a project I wanted to engage with. I love their creative energy and clear vision for this game and the future of the business. The development and marketing teams at Futurlab have done a wonderful job of executing on that vision which has made PowerWash Simulator the great success it is today. I’m thrilled to be working with FuturLab and the new and exciting projects in the pipeline.”

This news comes as FuturLab reveals that its current title, PowerWash Simulator, has been played by over three million people.

“Reaching 3 million players with our self-soothing sim is an amazing milestone, and we have so many exciting things planned to expand the game, I can’t help but think this is just the beginning," co-CEO and founder James Marsden said.