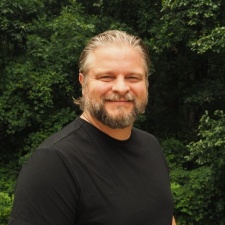 Speaking to GamesIndustry.biz, the Fallout vet said that the firm has been backed by Chinese giant NetEase to the tune of $13.2 million in seed funding. Right now, the outfit employs in the region of 15 members of staff - of whom some are contractors - but the Bethesda alum says the plan is to grow the company to between 65 and 70 people.

"Netease came in very strong and very early and gave us a $13.2 million seed round with no real milestones or timelines associated with that," Gardiner said.

"They understand that a creative process is something that should be managed internally. We're very big on setting our own goals and milestones; that worked very well for us at Bethesda and we plan on continuing that with Something Wicked Games."

He continued: "The main reason I'm doing that is I want everyone on the project to really feel ownership and be able to put their stamp on it. I find that when studios get too large sometimes people get lost in the shuffle and it really hurts creativity when people are just there checking boxes."

Gardiner joined Bethesda Game Studios back in 2005 and was a lead producer on The Elder Scrolls IV's DLC. He was also a producer on Fallout 3, before rising to lead producer for much of that game's post-launch content, as well as Fallout 4. In 2018 he became the project lead on the Fallout 76 MMO.