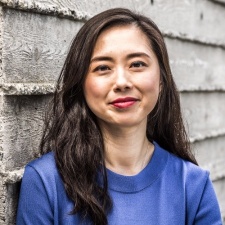 Microsoft vet Haiyan Zhang has taken on a new position as general manager of the company's gaming AI division.

The move was announced on Twitter and follows her working as chief of staff for Xbox for the last two-and-a-half years. Zhang joined Microsoft back in 2013 as innovation director for Xbox Studios. Two years later she was promoted to have the same role for Microsoft Research, before rising to senior director of innovation, as well as technical advisor.

Prior to her time at Microsoft, Zhang worked across academia and media, in addition to co-founding idea crowdsourcing outfit OpenIDEO.

"Really proud to have served as chief of staff for Xbox over the past 2.5 years," Zhang wrote in a post on LinkedIn.

"Shepherding this amazing and resilient organization through an unprecedented global pandemic, launching the next generation of consoles, releasing some of the best games we have ever seen produced, announcing and closing the 3rd largest acquisition in Microsoft history with Bethesda Zenimax, seeing our Team Xbox grow to 8,700 people and go from Xbox to Microsoft Gaming, and announcing the largest all-cash acquisition in US history with Activision Blizzard.

"It’s been a crazy ride with so many joyful, smart, passionate teammates.

"Today I’m excited to embark on a new adventure as General Manager, Gaming AI at Microsoft. Looking forward to transforming game experiences, platforms and tools with what AI and Machine Learning will bring."

Xbox boss Phil Spencer added on Twitter: "Thank you for all the leadership over the past 2.5 years Haiyan. Really looking forward to the impact you will have in AI."