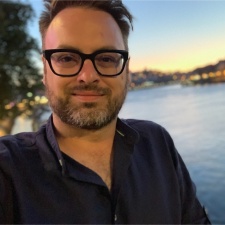 In a post on LinkedIn, the VP said that he was departing the firm after 19 years. During his time at the company, Plourde has worked on the likes of Assassin's Creed, Watch Dogs and Far Cry, as well as Child of Light.

"It’s been a privilege to collaborate with everyone at Ubi on these great games for the past 19 years," he wrote.

"Now, I’m happy to share that I’m starting my own independent creative consultancy, where I will keep working with Ubisoft and also spend time on some personal projects I’ve had in mind."

In a statement to Axios' Stephen Totilo, an Ubisoft spokesperson added: “We can confirm that Patrick is leaving Ubisoft but will provide consulting to some of our creative directors, at their request, and to the Editorial team on certain projects.”

Totilo also notes that the A Better Ubisoft workers group has claimed that "multiple misconduct reports" were made against Plourde in the past, but the developer claims that this is not the reason for his departure.