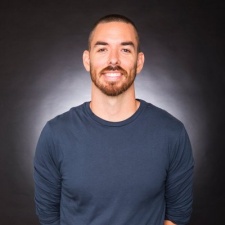 The co-founder of Riot Games Marc Merrill has been given a new role; president of games.

The news was announced on Twitter by Riot Games CEO Nicolo Laurent, in which he said that he would overseeing all of the company's games projects.

"I have an important update about our co-founder Marc Merrill," Laurent wrote.

"Marc has remained very active at Riot Games even after he stepped down as co-CEO in 2017. Today, his engagement is getting taken to another level. I am excited to announce that he is our new president of games.

"Marc will oversee League of Legends, Valorant, Teamfight Tactics, Runeterra, Wild Rift and Riot’s upcoming R&D titles. As I said in a blog post last month, even as Riot does more in esports and entertainment, the most crucial part of a company built for players will always be games.

"It’s already a privilege to work at a company where the founders are still deeply engaged years after they’ve passed the baton on leading day-to-day operations. Now it’s such an honor to see Marc step into the most critical leadership role in Riot’s new chapter."

Merrill added: "Going to take a few weeks to meet with the teams and make some plans, but we’ll be back with more info on what you can expect from Riot Games soon. Until then, see you all on the Rift(s)."

Merrill was a co-founder of Riot and served as its president between 2006 and 2013. From there he was promoted to co-CEO, before rising to co-chairman in 2018.