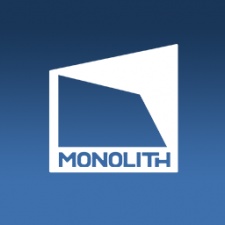 Hewitt has worked in the games industry since 1999 when he started his career as a lead designer at Australian developer Ratbag Games. From there he moved to Tantalus Interactive in 2002 in the same role before a promotion to creative director in 2006. In 2011 he joined PlayStation's Santa Monica studio, eventually rising to the level of director of product development in 2018.

"We are thrilled to have David join and lead the talented team at Monolith," said Warner Bros. Games vice president of production Ben Bell.

"His extensive product development leadership, making amazing games people love to play, is an ideal match with the dynamic team at Monolith. We are going to continue to build upon Monolith's celebrated heritage by elevating the skilled studio leadership to make their next generation of games."

Hewitt added: “I have been a fan of Monolith for many years due to the long list of great games they have developed, so it is extremely exciting to join this storied team. I’m truly inspired and looking forward to working with this team to focus and build upon on a new vision to make excellent games with the support of Warner Bros.”

Hewitt is replacing Kevin Stephens, who was poached by Electronic Arts in May of this year. He is heading up a new studio that might be called Neon Black.