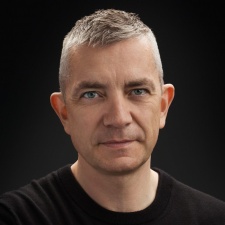 Oculus's Colum Slevin has departed the company for a role at Electronic Arts.

The exec took to Twitter on August 20th to reveal that he was leaving Facebook's AR and VR business, before posting on LinkedIn that he was joining EA to work in the publishing giant's Positive Play arm as senior director of live services.

"I’m joining the Positive Play group at Electronic Arts and am excited to work with the team here on fighting toxicity, supporting communities and building inclusive design into our games," Slevin wrote.

Slevin's career in games appears to have started during his time working at LucasFilm, where he was VP and head of studio operations. This partly involved overseeing its LucasArts games studio until its closure in 2013.

Following that, he landed a role as general manager of Telltale Games, which he held until 2015 when he moved to Oculus VR as head of experiences. In 2018, he was promoted to director of AR/VR media at Facebook.

News of Slevin joining EA's Positive Play division comes alongside the company revealing that it was opening up five of its accessibility-focused patents to other games firms.