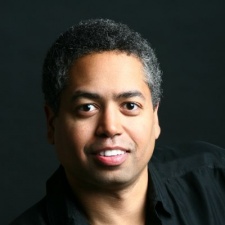 Journalist Seth Schiesel has been hired by Microsoft's Xbox brand.

As spotted by GI.biz, the media vet announced the news on Twitter saying that he had taken on the role of director of executive communications.

Schiesel previously worked at The Boston Globe as an editorial writer before holding a business reporter role at The New York Times between 1996 and 2003. At that point, he became a tech features writer, but two years later moved to the Culture section of at the illustrious publication.

"Interactive entertainment is the world's most dynamic industry," Schiesel wrote on Twitter.

"And gamers are a force for good. That's why I am so thrilled to join Team Xbox as director of executive communications. Together, we will continue to extend the joy and community of gaming to people everywhere.

"As I transition from journalism, I'd like to give a huge shoutout of gratitude to my former colleagues at The Times and especially to my more recent colleagues at Protocol. Protocol is doing incredible work on tech as a locus of power and I eagerly await what's next."