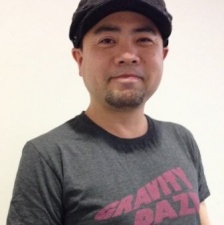 The creator of the Silent Hill horror franchise Keiichiro Toyama (pictured) has announced his departure from PlayStation maker Sony and is founding a brand new development outfit.

In a video on YouTube, Toyama revealed this new venture is called Bokeh Game Studio and he is serving as its creative director. It's being founded with vets of Japan's games scene, including The Last Guardian producer Kazunobu Sato and Gravity Rush lead designer Junya Okura. LinkedIn also shows that PlayStation vet Will Yohei Hart has joined the company as business development manager.

"First, I want to fulfill our fans' expectations," Toyama said.

"But at the same time, I want to go back and enjoy how fun it is to make games. I want to share that feeling with the players."

Game director Okura added: "Until now, there was a company providing us with a work environment, where we would decide what to do from there. As we turn independent, we have to prepare everything ourselves. It is hard, there are responsibilities, but we have our freedom. This is the most important. I want to enjoy creating from now on."