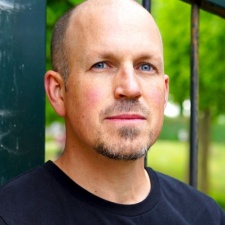 Riot Games creative director Jason Killingsworth has announced that he is leaving the League of Legends maker.

In a post on LinkedIn, he revealed that he was leaving to focus on his new publishing company, Tune and Fairweather. This is a venture that Killingsworth founded in 2017, primarily to release the hardcover version of the Dark Souls book he co-wrote with fellow journalism vet Keza MacDonald, You Died.

Killingsworth's career started in 2003, when he was deputy editor for Paste Magazine until the start of 2009. From there, he joined Future publishing, starting as features editor for Edge in 2011, before moving to Official PlayStation Magazine in the same role. He was hired by Riot as creative director in 2014.

"I could not be more grateful for all the investment Riot made in my personal and career development," he said.

"I entered the job as a writer and depart as a creative director. I had attentive, world-class mentors - Kieran Weir, Tom Bramwell, Ben Noskeau, John Battle - who challenged and cheered in equal measure."

He concluded: "Working at Riot was a dream job and I will always wear this career chapter on my CV with pride."