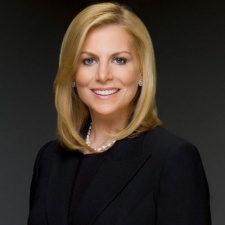 The chief content and advertising business officer at Spotify Dawn Ostroff has joined Activision Blizzard's board.

According to a release from the company, she has come on board as an independent director as of June 11th, 2020. Before joining Spotify, Ostroff held roles at the likes of United Paramount, Twentieth Century Fox and The Walt Disney Company. In 2011 she co-founded Condé Nast Entertainment and held that firm's president role until 2018.

“Throughout my career, I’ve always been drawn to companies willing to shift the paradigm of entertainment and media,” said Ostroff.

“With a long history of success in gaming and interactive experiences, Activision Blizzard has been established as a clear global leader in digital content and I look forward to joining the Board to support the company's further growth across an array of media and entertainment platforms.”

Activision Blizzard CEO Robert Kotick added: “Dawn has an incredible track record of leading her teams into the new age of digital entertainment, and we’re thrilled to welcome her to the Board. There are few executives that have spanned television, film, media and music, but Dawn has touched them all and left her mark in every industry. With her distinguished career background and perspective, she is an amazing asset to the Board and management team as we propel our business forward.”