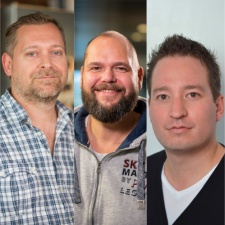 The final hire – with 30 years of experience – is Jendrik Posche as technical executive producer. Posche will work across the entire studio to aid in technical initiatives.

"We are delighted to welcome these three remarkable talents to the Jagex team," said Jagex senior vice president of game development Nick Beliaeff.

"Each one of them brings a wealth of industry experience to the role and tremendous leadership experience in the oversight of high-performance development teams that release industry-leading products.

"They will play a crucial role in the continuous evolution of Jagex by building and expanding the RuneScape Franchise and the technologies that makes them great, while developing exciting new games that build upon our portfolio of living games."

For the full story head over to PocketGamer.biz.