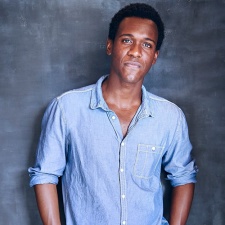 The BAFTA-nominated actor and producer's new venture is called Silver Rain Games. Salim is joined by former BAFTA Games programme manager, Melissa Philips, who is serving as head of studio. The firm has also hiring a "growing team of developers," too.

Salim is best known for playing Beyek in the Egyptian-set Assassin's Creed: Origins, which launched back in 2017. He also voiced the character of Rokhan in World of Warcraft's Battle for Azeroth expansion as well as that of the Guide in A Brave Plan's The Bradwell Conspiracy.

He's also used his talents outside of the games industry, appearing in the HBO show Raised by Wolves, as well as Prime Video's Informer and Jamestown, which was shown on Sky 1. Oh, and he's also lent his vocal talents to Thomas & Friends: Big World! Big Adventures! The Movie (Ed - that's a lot of exlams!)

“The games industry is so inspiring. I grew up in games, so it only feels natural to make the leap into creating them," Salim said.

"I want to be able to give back to an industry and audience that has supported me and hopefully bring a fresh perspective to the table.”

Phillips added: “It’s hugely exciting to begin working on a new IP. We are currently in the prototype stage. We are keen to hear from all levels of talent who might potentially fit into our team and will be looking for funding opportunities over the next few months.”