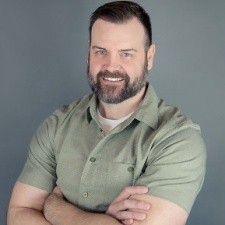 Enterprise-focused VR developer ForwardXP has tossed its hat into the games development ring with its new Forward Game Studios division.

The firm has previously dipped its toes into the interactive entertainment waters by publishing titles including Please Don't Touch Anything And Guilt Battle Arena, but the Dallas, Texas-based company is working on an "unannounced triple-A multi-platform title" that is using Epic's Unreal Engine 4. This new outfit has already helped out on Insomniac's Oculus Rift title Stormland, too.

Forward Game Studios has a new studio art director, too, in the shape of Justin Thomas (pictured), a veteran of Call of Duty maker Infinity Ward, EA and Gearbox.

“We find that we can create much higher quality enterprise interactive VR experiences by having veteran game developers help create those,” said ForwardXP Steve Nix, as reported by VentureBeat.

“Game developers are frequently curious about creating new types of non-gaming experiences, but most want to be able to keep working on games as well. That has balanced out well so far and everyone seems to enjoy the mix of game and enterprise projects.”