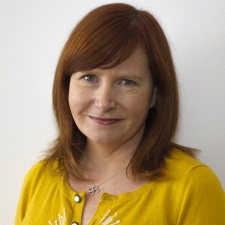 Greer is a co-founder of the games publisher and online storefront, which was formed in 2006. She previously held the role of COO before serving as CEO from 2014 onwards.

No details have been disclosed on what her new venture will be, though Kongregate owner MTG is in discussions to back the new company.

Looking to the future

“Jim and I founded the company with the goal of helping small and independent game developers become successful, to help them find an audience, and compete in a crowded and complex gaming marketplace,” said Greer.

“I could not be more proud of our accomplishments, the Kongregate team, and the culture we've built. Kongregate is smart, caring, resilient, and committed to respecting our players, developers and each other.

“I am also grateful to MTG for their investment in Kongregate, which has helped fuel our new initiatives and growth since our acquisition.”

Haritatos added: “It is my intention to continue Kongregate’s growth and focus, and to build upon the strong culture Emily has created here. I am very excited to help lead and develop Kongregate’s future.”

Kongregate expanded in the mobile games market in 2012 and since then racked up 200 million installs from its portfolio of titles that includes Animation Throwdown (Synapse Games), AdVenture Capitalist and AdVenture Communist (Hyper Hippo Games), Pocket Politics (Ultrabit) and Bit Heroes (Juppiomenz Games). Two of those studios, Synapse and Ultrabit, were acquired by Kongregate.

PocketGamer.biz spoke with Emily Greer about her career in games back in March as part of our special profiling the incredible women working in the games industry for International Women's Day.