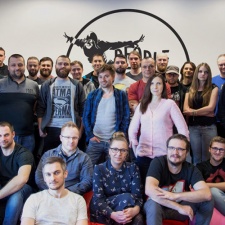 The developer behind Bulletstorm and Painkiller People Can Fly has opened up shop in two new locations.

In a post on its website, the game maker announced that it has set up offices in Newcastle in the UK and Rzeszow in Poland.

The Newcastle office is said to be staffed by former Ubisoft Reflections and Sumo developers, in addition to indies and students from local universities. The firm wants to grow this to between 20 and 30 members of staff.

These two studios, as well as its main Warsaw location, are working on a brand new triple-A shooter IP for Square Enix.

"Since People Can Fly became an independent studio again, our ambition has been to build a team of talented and experienced developers that can develop the best triple-A games," CEO Sebastian Wojciechowski said.

"We decided in 2017 to open a new studio in Newcastle, the UK, to attract not only local talent, but also to attract the best developers within the UK. We want this team to grow to 20-30 developers within the next 12-18 months. When CI Games decided to restructure its operations, we immediately decided to open a new studio in Rzeszów to allow those great developers to keep on working together as a team, and to contribute to the game we’re working on. Our intention is to give both new studios, in Newcastle and in Rzeszów, the opportunity to work on features or part of the game independently from the Warsaw team."

People Can Fly is best known for its work on the Bulletstorm and Painkiller franchises. The studio was briefly owned by Epic Games between 2012 and 2015, rebranding as Epic Games Poland. This was building on the majority stake the tech and software firm purchased in the studio in 2007.

In 2015, People Can Fly announced it was becoming independent and started using its old name again.

World of Tanks firm Wargaming rolls into the UK