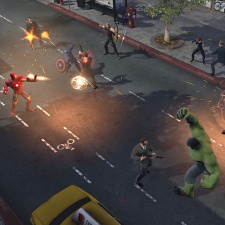 Update: It's official – Gazillion is no more.

"It is with great sadness that we announce the closing of Gazillion Entertainment," the studio wrote.

"As a result, we are no longer able to operate Marvel Heroes Omega until December 31 as originally planned.

"Instead, Marvel Heroes Omega will be sunset immediately on all platforms and will no longer be available as soon as this process is completed. The company would like to sincerely thank its fans and employees for all the support over the years of development and live service."

Again, best of luck to all affected.

Original story: The developer behind free-to-play action RPG Marvel Heroes has reportedly laid off all of its staff.

Gazillion employees have taken to Twitter to talk about the layoffs which come shortly after Disney decided it was to end its relationship with the developer.

Furthermore; per a report from MassivelyOP, former staff are not being paid severance or PTO, with the medical insurance ending shortly also. CEO Dave Dohrmann, in an internal memo, said that funding from the bank had been pulled, too.

Disney announced it was axing Marvel Heroes last week saying; at that point, the game was staying live until the end of the year. The game is being closed with the studio, with servers going down today.

"We’re sad to inform our players and our entire Marvel Heroes family that Marvel Heroes Omega will be shutting down," the studio said on its website just last week.

"The Marvel Heroes servers will stay on until Dec 31, 2017, and we’ll be removing real money purchases as soon as possible. Players will be able to play the game entirely for free once this sunset period commences. We will share the exact date things go completely free as soon as we can.

Marvel Heroes launched in 2013, with console editions hitting digital storefronts earlier this year. The title was part of a 10-year deal that Gazillion signed with Marvel in 2009.

Best of luck to all affected.

Dreadnought developer makes a third of its staff redundant after launch