Riot founders are moving back to game development, working on a brand new project 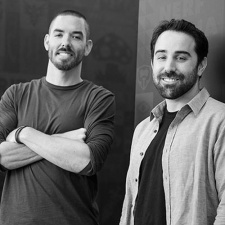 Eleven years after founding Riot Games, its two founding members are making the jump back to game development.

In a blog post on the firm’s site, founders Brandon Beck and Marc Merril, under their game tags Tryndamere and Ryze, said that due to the massive growth the company had seen, they had spent more time managing the company than making games.

Riot veterans Dylan Jadega, Scott Gelf and Nicolo Laurent will be running the company in the roles of CFO, CTO and president.

What’s more - it looks like they might be working on a brand new game. In the post, the duo say they “look forward working… to finally put the ’s’ in Riot Games.” To date, the company’s only release has been the smash hit MOBA League of Legends.

“When we founded Riot eleven years ago, we spent virtually every waking hour of the day (and night!) thinking about how to make League of Legends as great of an experience as possible,” the duo said in a post.

“As League started having success, however, Riot Games grew from those humble beginnings where we could feed the whole team with a handful of pizzas to now having over 2,500 Rioters across 20 offices around the world. This growth has lots of benefits: our capabilities improved, our reach broadened, and we could deliver League of Legends and esports to more players than ever before. But this growth also meant that the majority of our time is allocated to “managing” the company rather than focusing on creating incredible experiences for players, which is what we really love to do.

“We haven’t been on this journey alone of course, and have been lucky to assemble a very capable and driven leadership team of gamers over time who believe in our mission just as much as we do. In our new roles we’re going back to focusing on what is ultimately the most important thing we do: making great games. Dylan Jadeja (CFO), Scott Gelb (CTO), and Nicolo Laurent (President) will tank company operations; all three are longtime Rioters who have been integral to shaping our company’s vision, strategy, and culture over the last decade. We are thrilled to be able to have a great team of such capable leaders and look forward to working with them to finally put the “s” in Riot Games.

“We’re incredibly excited to jump back into the trenches for this next chapter and look forward to sharing what we’re up to along the way. Thanks to all of you for continuing to make our dream jobs possible.”