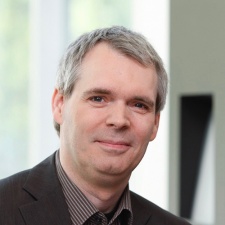 Stop me if you've heard this one before.

A media company that has tangential links to the video games space wants to get into the publishing business. Oh, and they're mainly aiming to help small and mid-tier developers.

It's a pretty common tale in this day and age but yes, we have another new publisher joining the games space. This time around it's German Wild River, a renewed effort for film distributor EuroVideo Medien. For the last eight or nine years, the company - founded back in 1976 - has been distributing video games in German-speaking territories.

So it's not a stranger to the space - but EuroVideo is certainly looking to do more with this new label.

Wild River also had connections to Hollywood. Back in March 2017, German distribution firm Telepool purchased EuroVideo. That big fish was eaten by the even bigger fish of.… Hollywood duo Marc Foster and Will Smith. The former's directing credits include Quantum of Solace, World War Z, The Kite Runner and even the recently released Winnie the Pooh film Christopher Robin.

This, Wardenga believes, gives this relative newcomer to the games publishing space a definite edge.

"I like the combination of films and games. Hopefully, we'll get a first look on Hollywood projects when they have the idea for a new movie so that we are involved and can say: 'Hey, is it possible to develop also a game for this movie?'," he explains.

"Normally, what you see is they do the film and at the end, before it comes to cinema, a marketing person says: 'Can we have a mobile app or marketing tool or something?' I hate that kind of strategy. I want to be involved from the first idea so we have enough time to develop it."

Of course, films take a year or so to make normally; with games, it's closer to three or four. Is the production time of a movie long enough to make a high-quality release?

"First you must see the story and the idea behind the project," Wardenga explains.

"The movie is a linear narration and games are interactive with different kinds of choices to play. A lot of movie licenses which become video games aren't very successful because the license costs too much money to develop on. You need to be involved early enough on projects and you can see when you discuss this with several games experts, it makes sense. We'll see. We're at the start so that's a chance we hope we'll have in the future."

When it comes to funding development, Wild River isn't in the business of putting millions into each and every project - yet, at least.

"We're not investing millions of Euros into a product; that's not our strategy," Wardenga explains.

"Games is a hit-driven business, like movies, so we have to split the risk on several projects. We work with smaller and mid-sized teams - between four and 12 people - on games. Development time is normally between nine and 12 months. At the moment we're not interested in these multi-million investments with three years of development.

"That's not part of our strategy at the moment - maybe in the future, but not at the moment. We're focused on the small and mid-sized teams and our investment is a good, low level."

Though mobile is clearly a focus for Wild River, the publisher does have a number of PC titles in the works. But, in an odd move for a games company, especially on PC, the company is still releasing its titles physically - with good reason.

"We do both physical and digital - when we have publishing rights we have worldwide publishing rights for both. That's very important for us. For example, with a game like Ostwind [a horse racing title that Wardenga says is aimed at younger girls] it's a gift. Someone can buy it as a present for their children. It's better than a download code.

"80 per cent of our revenue for these comes from the retail channel; normally it's about 20 per cent, with the other 80 per cent coming from digital. For the younger target groups, it's completely different. We support retail. It still exists. It's not growing but the question is how big it is in the future."