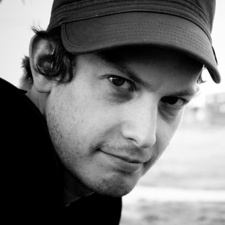 After ten years in the games industry culminating with a stint at now-defunct mid-tier publisher THQ, marketing vet Chris Wright set up Australian indie games label Surprise Attack in 2013. The firm has even had some modest success with narrative titles such as the Orwell and Hacknet games.

But now the company is rebranding as Fellow Traveller and is doubling down on what it describes as "offbeat narrative games". We caught up with managing director Wright ahead of the announcement to see why this shift has taken place and why he has decided to focus on this type of game.

Why have you decided to rebrand Surprise Attack as Fellow Traveller?

The rebrand reflects the changing focus of the label and also the changing nature of the indie scene. When we launched back in 2011 the Surprise Attack name reflected the disruption the industry was going through and the surprising rise of indie developers upsetting the status quo. Today the indie scene is more mature and established and we wanted to rebrand with a name that reflects this and focuses instead on the intimate way we partner with the developers on the label, sharing and helping them on their journey.

Why the focus on "offbeat narrative games"?

We sat down as a team a couple of years ago to talk about what games we were personally passionate about and there was a common theme running throughout all of them in that they were unusual games that felt like very fresh experiences and they all had narrative at their core.

This personal interest was the impetus for starting to focus on signing this kind of game. As we looked at it further over the last couple of years we could also see that there is still a huge amount of untapped potential in this kind of game. Small teams can still create unique and compelling experiences without needing large budgets and so we decided that we wanted to dedicate ourselves to helping those teams exploring this space.

When you say publishers need to move beyond 'indie', what do you mean by that?

When we started back in 2011, 'indie' was really talked about in contrast to triple-A or the traditional industry. Developers "going indie" was a newsworthy occurrence and the media narrative around indie games was usually about something different to the mainstream and championing the outsiders.

Today the scene has matured and indie games are treated much more like any other game and as an established part of the industry and games culture. E3 press conferences are full of indie games and we have a huge range of indie developers from the solo bedroom coder to teams like Ninja Theory making triple-I multi-million dollar indie games.

However, we noticed that indie publishers, ourselves included, still talk about ourselves in contrast to triple-A and using our independence as the most important characteristic. Looking at the websites of indie publishers they all talk about being developer friendly, independent, not a traditional publisher and so on but only a few talk about what kind of games they publish and very few have a strong focus on any particular type of game.

Our personal feeling is that the indie publishing scene, which is now extensive and includes a lot of labels with more launching all the time, would benefit from moving on from "indie" as its defining characteristic and start to build reputations for particular types of game or particular styles or feelings.

What advantages do you see in focusing on one specific type of game?

The market today is so incredibly crowded and this is really a market of abundance, where players have a ridiculous number of new good games releasing every week. Finding a way to connect players with the games they most want to play and vice versa is one of the key questions for everyone today - stores and platforms, publishers and developers.

Our hope is that by focusing on a particular type of game, the Fellow Traveller label starts to mean something more to gamers and we start to attract the kind of gamers that are likely to be interested in all of our games. They will find us from playing or hearing about one of our games and discover others through us. You can see this working really well for someone like Devolver with its punk aesthetic or Paradox with its focus on extremely deep strategy games.

Does such a strategy not limit the company at all?

Not really. There are a lot of niche audiences that are all looking for games that are made for them and we believe there is more potential in serving a niche well than targeting the lowest common denominator. The common DNA in our games is a focus on narrative and exploring new gaming experiences but this still presents a lot of potential for variety. We're not tied to any particular genre for example.

Our personal feeling is that the indie publishing scene would benefit from moving on from "indie" as its defining characteristic and start to build reputations for particular types of game or particular styles or feelings.

A lot of the games you reference - Papers Please, Oxenfree, Gone Home - are critically acclaimed but aren't exactly regarded as being the biggest sellers. Is this a concern for you at all?

I'm not sure I'd agree that they're not the biggest sellers. Papers Please has a few million owners according to SteamSpy, Gone Home has somewhere between 500,000 and a million, Oxenfree has several hundred thousand on PC and has done very well on other platforms. There are also plenty of examples of other hugely successful games in this type like Firewatch or Undertale or Night in the Woods so the potential for games of this style to generate gross revenue in the multi-millions of dollars is definitely there.

We've got a fair amount of direct experience with games of this style ourselves through Hacknet and the Orwell series so we have a good sense of the commercial potential. We're also a boutique, privately owned publisher and this type of game doesn't typically need a large budget so the bar for success for us is substantially lower than for a larger publisher with investors to please or dev teams working on triple-I style budgets.

What's your ambition for this sector?

We hope that as indie budgets grow and the scene matures there is still a really healthy space for more unusual, lower budget experiences to be commercially successful. We're already seeing some of the other indie publishers talking about wanting to focus on larger budget indies and we want to be part of preserving the opportunity for smaller developers to keep making games that take risks and explore the edges of what games can be whilst still making enough money to be sustainable.

Our 15 highlights of the 20th annual Independent Games Festival

Viz Media is getting into indie games publishing