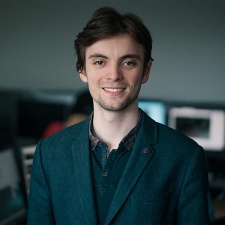 The pitch behind battle royale title Mavericks is pretty bold, but then again looking at the talent at developer Automaton it sure looks realistic.

The outfit was started by Jagex vet James Thompson, who joined the RuneScape maker at the age of 15. There he worked for a few years alongside doing a computer science degree at Cambridge University. Clearly he was doing something right as now former CEO Mark Gerhard decided to put some cash behind Thompson when he decided to set up Automaton in 2015.

"All in all, between Mark, Cambridge Ventures Group and what I put in initially, we built a very strong team," Thompson tells PCGamesInsider.biz.

"Also, of course, the key investment in young talent in the engineering side that I brought in because I was very engineering-focused. That's a huge differentiator for us because not a lot of games studios have a very high tech-talent density. We're still a core team of 35 people in Cambridge. But we are expanding and outsourcing a lot to really get the content into Maverick's data this year. But so far we have focused on being strategic. Not only do we have better performance on the client and more scalability in the game, our tools are more effective. Our studio ethos is that we are going to use up-to-date tech to focus on MMOs and big scale games and be able to execute quickly. We know from previous MMOs that it's not about what you do for your launch; it's all about what you do progressively post-launch, delivering rapid updates."

Automaton's debut project is - wait for it - a battle royale title that uses Improbable's SpatialOS to impressive effect. Sure, we're tired of hearing about newcomers to the genre - an impressive feat given it only really kicked off last year - but in Automaton's defence, this certainly sounds like an interesting take on the game type.

"We are built in a very different way to other games on the market today," Thompson explains.

"Effectively, we do world simulation. We are doing a number of new world destruction techniques that are being integrated in this build towards our closed-beta in June. You use the map in a much more tactical way. The way it's built, between using SpatialOS, we have much more bandwidth in terms of player counts and world simulation than you can do on traditional architecture. On top of that, we have combined that with matching tech on the rendering side. We started with CryEngine which is state of the art in real-time rendering.

"Mavericks is freed up from doing 90 per cent of the work that you might expect so it does everything with ten times more fidelity or ten times better performance. We already have a pre-alpha build that's running at a stable frame rate, higher fidelity graphics and that's very rare for a pre-alpha. It's also not running in an optimised build - it's actually a development build. We've seen entries into this genre which are not performing that well or not good for competitive play. We have high standards in those areas. We are expecting to launch without any of those sorts of problems, despite having more in the world."

It goes without saying that the battle royale genre is somewhat crowded. Alongside the likes of Playerunknown's Battlegrounds and Fortnite there's a bevvy of projects including Boss Key's deceased Radical Heights and NetEase's approximately 50 titles in the genre.

Thompson says there's a lot of interest in Automaton's take on the genre already, saying that his company could take battle royale up a notch.

"It's obviously a mixed bag. We've had such a boom of these vast, battle royale games. Within a week of our website going live, we hadn't really announced a lot of press but still got 100,000 sign-ups; that's unprecedented when you just put a website out there with not much information," he says.

"There's a crazy level of interest which is obviously fantastic. On the other side is the association you get. We've been working on this for longer than these games have been out and we've taken a forward-thinking approach. There's so much more to this genre. Being associated with this limited version you've seen on the market to date has its downsides. People think about that and don't think that the gameplay experience can be very different when suddenly you're talking about a higher fidelity world with more tactical gameplay.

"At the end of the day, that's fine. People will play it in its beta form and its release form and go: 'Okay, this isn't the same experience' because of how tactical it is. It does follow that formula because that formula makes sense. That formula has been around for a long time; the reason why it's been a bit of a blow-up in the last few years is because even though it's an old formula, these older architectures can't do it that well but now we have better graphics cards you can sort of do it well enough. They're hitting a few brick walls in that respect. But they're good enough and that experience has proven to be very popular. We're focused on pushing it a lot further. The whole point of Mavericks is we're set up to develop and iterate on gameplay features so that we continue to be fast-paced as we further develop the genre. There's been a very good baseline demonstrated. Similar to Doom kicking off the first-person shooter market, eventually games came out that were far more refined and light years ahead and now you have franchises like Call of Duty, Halo which are much more long-standing. That's the way we see it. We need to make sure that we're taking an approach that's going to work years into the future and that's how we see Mavericks."

Last year, Automaton secured a cool $10m in funding. This has let the team invest in assets and art for Mavericks and while Thompson says that the studio could go and ask for further funding, doing so means there could be issues further down the road.

"We're reinvesting in the outsourced art and all the assets we're going to need to take the strategy we're already been building with our team to the scale that we need for launch. We feel that we have an incredibly exciting tech platform and product and that we could raise more," he says.

"But we have raised just enough that we can do justice to showing off what this game is and we feel strong about launching in Q4 of this year. That was just enough to get us to the high-quality bar we need and the number of assets we need to do a fantastic initial pass. Beyond that point, we are running Mavericks as a service so that we'll continue to iterate further and further. We've worked at studios before where we've had VC funding and other problems like that. We're not going to have any of those politics on a board level or anything else. We can be very flexible with our monetisation strategy and can be very sensitive. We have a number of principles as a studio. Anything that is tied to any sort of real-world value is not overlapping on your player's body or anything in terms of cosmetics with in-game progress. We're very clear about that separation that we also can be sensitive with things like with the issues people have with loot and systems like that we can avoid these problems and really address people's feedback because we're not pressed as would be if we'd taken too much investment on.

"We have a very balanced studio where the people who have invested are key strategics from the industry who have worked on games before and want to see stuff that's successful."