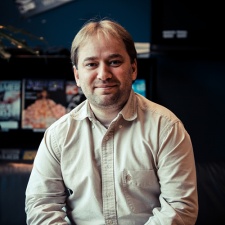 Back in 2014, Ubisoft launched a brand new open-world racing IP called The Crew. Developed by Ivory Tower, it was a commercial, if not critical, success, with the game selling 2m units in its first month of release, and going on to have had 12m players play the game by May of this year.

“The Crew has been a huge success for us,” says The Crew 2 producer, Stephane Jankowski. “We were happy, and proud, to launch the game, but we were not expecting as many players to enjoy the game. Now we have a huge community and it's still very active in the game right now.”

Its sequel, The Crew 2, was officially announced by publisher, Ubisoft, at E3 this year, following its initial reveal in an earnings call on May 12th. The game is slated to hit shelves on March 16th, 2018.

Given that the original The Crew received two major expansions, namely, The Crew: Wild Run and The Crew: Calling All Units, the latter of the two being released on November 29th, 2016, one might have thought that The Crew would have continued as a service with regular updates and expansions. So why the sequel?

“What I really wanted was to bring something new for the community,” says Jankowski. “We have a huge community in The Crew. We had more than 12m players on The Crew, and they wanted to have even more freedom, even more content inside of the game. We've completely reshaped the buildings, the cities, to be sure that now the players have fun going around with their plane. We've created a network of rivers to cross the entire USA by boat, all this kind of crazy stuff.”

There have been a significant number of racing game launches in 2017. Project CARS 2, Forza Motorsport 7 and Gran Turismo Sport have all already been released this autumn, with the more story-driven Need For Speed: Payback set to be released on November 10th. The racing market is pretty busy right now, but Jankowski thinks The Crew 2 is different enough to set itself apart when it comes out next year.

“You know what? We're kind of an alien in that genre, because we are an open world, we are a driving game, we are an RPG,” says Jankowski. “Nobody does that. It's just like something that's kind of a hybrid between different kind of genres.

“Players don't want to play a simulation game inside of The Crew. You have other guys doing simulation games and they are doing great. Our players want arcade-style kind of gameplay, easy to pick up.”

“It’s … kind of a hybrid between different kind of genres.”

This “arcade-style” sensibility is reflected in how Ivory Tower’s The Crew 2 will let players control boats and planes as well as cars. This feature was not present in the first Crew title, nor is it present in any of the competitor racing titles listed above. There’s the unique selling point, then; but what of the demand? Clearly, the lifetime playership figures of 12m indicate a good base for a sequel.

“We communicate about The Crew 2 … and we bring some players from The Crew, like hardcore players, that really know the game really well and we say: 'Test the game. Play the game, with The Crew 2, and tell us what you want; what you think about it,' and they're just like: 'It's amazing, you've redone everything',” claims Jankowski.

There has been some discussion recently about the use of multiplayer betas. Where they used to be tech and infrastructure tests, these days some developers say they are deployed more as demos and marketing tools.

“We have some tests really dedicated to the technical side of things,” says Jankowski. “So we call them 'technical tests'. That's their purpose. So we're gonna be sure that we have the right people to stress the systems, to stress the servers, to be sure that we can ensure a great quality of service when we release the game. Then the betas are really for us to be sure we can show the game to as many people as possible and get their feedback, and get their feedback. So it's not about technical quality here, it's much more about gameplay quality, about balancing, about crazy ideas that the community can have, and we could maybe implement in post-launch.” The Crew 2’s beta is open for registration now, though there is, as yet, no start date for it.

When asked what his ambition for The Crew 2 is, Jankowski's answer is simple, “We want to do more,” he says, “We erased the world and we recreate it for new types of vehicles. So now we have planes, we have boats, we have even more cars and more bikes inside of the game.”

The idea of The Crew games as a service has not gone away entirely, though, “In The Crew we had two years-and-a-half of post-launch content and free updates coming and expansions. Obviously for The Crew 2 we have this same kind of ambitions.”

He continues: “In The Crew we had two years-and-a-half of post-launch content and free updates coming and expansions. Obviously for The Crew 2 we have this same kind of ambitions; so, the players know that if they say something now, we're gonna take that note and maybe that's gonna be for launch, maybe for post-launch, but there's a good chance that it's gonna come out.”