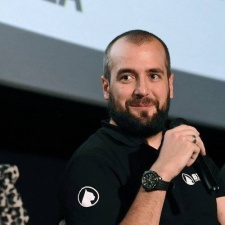 Croatian developer Binx Interactive began life just four years ago when a group of friends with a shared interest in making games got together. The developer was originally bigger, but just five were left in the end after some of those weren't prepared to take this field seriously.

"We were a group of enthusiasts," CEO Bernard Bachrach says.

"It was a case of a friend knowing a friend of a friend who wants to make a game and we all got together. To start with, it was a big group of friends, but later on - as people realised that game development is not a game; it's a business and a job - people fell off and there were just five of us. We said then: 'Okay, let's make a game'. We started making other games. We started out as gamers and now we make games that we want to play."

To start with, Binx focused on mobile games - its debut title was an iOS game called Monster Loops. But a few years ago, the firm met the studio behind Serious Sam Croteam at Reboot Develop, which resulted in the firm working on its first PC and console project.

"We showed them our prototype for a mobile game - they liked it but wanted to make some changes," Bachrach recalls.

"We made the changes three days later after the conference ended and they went: 'Wow, that was quick' and it turned into a weekly conversation.

"The Croteam folks liked how fast we worked and the quality of the work we produced. So after a month they asked us what we could do with Serious Sam. They gave us their IP, so we can use their characters in the game. After a month we had a working prototype and they said it was great. We started making the game with them and last year we got picked up by Devolver."

"Everything you see in the game is destructible, including yourself. The game is procedurally generated. It has roguelike elements - random generation, permadeath and so on. The game is also co-op multiplayer. We are big fans of local multiplayer games because online games have become this faceless thing; you only see the name tag of the person you are playing with. There's no bond. When we were kids you'd have friends over to play games. We want our players to be all together in one room."

Working on someone else's IP was not with Binx expected; Bachrach says he thought that this would mean a great number of restrictions. But this was not the case.

"I thought it was going to be limiting our freedom but it's actually really good," he says.

"Croteam trusts us and gave us complete freedom with the game. Of course, we ask them for advice and so on but it's never 'Do this because we said so'. It's always been: 'Why do you want to do it?'."

I Hate Running Backwards uses procedural - aka random - generation for its levels. This let the studio create more variety and replayability, which is a bonus for a smaller developer.

"There are ups and downs for making both a hand-crafted game and one with procedural generation," Bachrach explains.

"We could have made pre-made levels but if we'd done that, the replay value of our game would decrease drastically. You can finish this game in an hour and then what, you get to play the same thing over and over again? Each time you play, it's different. You will die a lot in the game and every time you do you start from the beginning. We don't want to have players going: 'Oh, not this again' when they load up the first level. Each time you play it's different. You play with the cards you are dealt."