Roll7 wants Laser League to be the next Rocket League 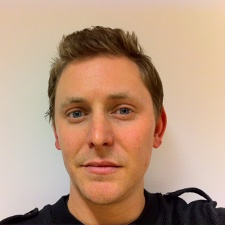 Despite the similarities in art style, Roll7's Laser League is not inspired by Tron.

That might be a fact that's hard to swallow for anyone who has seen the game in motion, with its black and neon art style, combined with its sports-centric gameplay, but studio co-founder Simon Bennett says that this is a happy accident.

The game began life in 2016 after the developer wound up work on previous release Not A Hero, after the studio had moved from an office-based structure to the core team of four working remotely.

"John [Ribbins, creative director] and I were playing a lot of Rocket League and thought it was awesome," Bennett says.

"We knew we wanted to something with ultra neon tactics, which was this very simple version of the Laser League mechanic where you were a dot moving around on a black screen and you hit another dot which was a node and that becomes a laser. It was obstinately the simplicity of a Pong or Pac-Man type experience with Snake."

In contrast to the development process of previous games including OlliOlli, the studio approached Laser League - by Bennett's own admission - 'properly'.

"We have never done a pre-production process like that," Bennett says.

"We went in-depth. Rather than building the game and working it out as we went like OlliOlli, we decided to do a pre-production process. We got UK Games Fund money, brought on a prototyper and all these different things. We did it properly. This game, right from the start, has been in done 'properly', which is weird for us. We realised that if we were going to have an ambition as ridiculous as we had at the start of this project, keeping in mind that we had no-one on our team at that point capable of using Unreal or anything like that. We had scaled back to four of us; me, John, Tom and Sam, our QA guy. None of us on that team were capable of doing this."

The company eventually signed with 505 Games' business acquisition chief Ted Regulski having pitched to him at Paris Games Week.

"This is exactly what he said 505 was after as a publisher," Bennett says.

"We have pedigree, we have won a BAFTA, so they were up for it. They gave us the green light and we had to scale up from four to about 20."

The ambition - and thus the budget - is far greater than Roll7's previous works. In fact, Bennett says that Laser League has a budget eight times larger than OlliOlli 2.

"Associated with that is the extra pressures and deadlines," Bennett says.

"We have to be tighter with milestones and things which has been a little bit of a shock for us having come from slightly more relaxed milestones. It has really helped us become a bit more laser focused with making sure we're actually being realistic about what's achievable with the team in the time frame that we have."

Laser League launched into Early Access in February. With this release model - and being an indie studio - it seems possible that Roll7 could have launched without a publisher. But Bennett says had the developer rolled out into Early Access without outside backing, it simply would not have worked.

"We always knew that we needed the backing," he says.

"Our ambition was so big from the beginning; we were moving into different territory with Unreal and we knew that if we were going to pull this off properly, if we went into Early Access with the prototype that we'd had, we didn't have any online or anything. The ambition for the game is an online experience with a great local multiplayer as well, so going into Early Access not had something that was effective enough locally. We had such a clear idea of what it was what we wanted to make. We wanted to get it to a state where it was obstensibly complete and all we were doing when we got to Early Access was balancing classes and really finetuning the online experience and just tightening it up and testing the load and that sorta stuff. It was a concious decision to say we need this financial backing and the support so we could focus on the development."

We've launched into a really tough marketplace; if you are playing an online multiplayer game, you're playing PUBG or Fortnite already

But, so far, the launch has been something of a mixed bag.

"We were hoping that there'd be a higher volume. We've launched into a really tough marketplace; if you are playing an online multiplayer game, you're playing PUBG or Fortnite already. That's what you do. That's where people are playing video games. We came in with relatively modest expectations. People have been burnt on Early Access before. We are aware that we weren't going to get that massive hit. For both ourselves and our publisher, we expected a lot more from it. The one thing that has come out of the Early Access, from our perspective, is that reviews are insanely positive. People think the game is awesome, they see the potential of it and are just saying getting some CCU into this game.

"Our major challenge has been driving those concurrent users. Laser League, we're aware, is not a game that for some people as immediately understandable and pick-up-and-play. Some people think it's maybe it looks messy or complicated or rushed; others think it looks too simplistic. For us, getting people to actually find out about it, play it and actually see it is really the crucial push. We have a few major events coming up to help drive those numbers into the game."

With its intense, easy to watch and interesting gameplay, Laser League esports looks like an absolute shoe-in. But Bennett says that though Roll7 would be interested in pro-gaming; but the community has to ask for it.

"We wanted to make a really accessible competitive online multiplayer game. That was our core aim," he says.

"That remains what we are trying to make. We don't have an esport in Laser League. We have a very competitive game that a lot of people who are playing are saying could be the next big esport. From our perspective, our game needs to scale to enough users initially just for it to become a base level success as an online game.

"Our focus has to be making the game enough of a success on launch, and then if it goes down this Rocket League route, then it's cool. We'll need a ranked mode now, we'll need to do more stadiums or whatever it might be. It's at that point now where, as a game, it either lives or dies. That's something that's really odd for us because it's a multiplayer game and those titles live or die on their CCU. We've never had to worry about that; we've done single player games and people play it."

"From our perspective we're ready to adapt and jump on whatever thing we think the community suggests or needs," Bennett says.

"Live events and such are four or five steps up the ladder, once we've got to the point where it's at that stage. We need to tip what's going on and what's successful at the 1.0 stage. That word of mouth should spread the word about the game. That is a conversation for after launch. I'd love to have loads of cool characters in at some point; it's chicken and egg at this point."