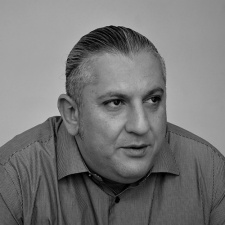 Back in 2015, developer Caged Element took to Kickstarter to help fund a spiritual successor to Rollcage called Grip. The project was after $500,000, but the crowdfunding push was ultimately cancelled after raising just $117k. The game wasn't over just yet though, with Grip coming to Steam Early Access during the summer of 2016 ahead of an autumn 2018 release across PC, PS4, Xbox and Nintendo Switch.

How would you say the launch of Grip went?

We’re delighted with the launch of Grip, and not just at full release. The Early Access campaign on Steam was excellent, generating well over 100,000 wish lists, and engaging a huge community. With any long campaign, it’s important to keep updating the community, and then find the right spaces to engage press and influencers with content relevant to their platforms. Upon full launch, we were really pleased not just with sales, but with players and the time they were investing, and the feedback they were giving us across multiple channels.

What lessons did you take away from the launch?

Some of the key lessons were about our internal processes, in terms of managing multiple platform launches, but also how we market at a macro level. Ten years ago, it was all about above-the-line spend and editorial endorsement. Today, launching a game is about so many different things, and you need to have the resources to not just listen, but react in real time to give the product the best possible chance of success in the long-term.

One of the great successes of the campaign was the support from Microsoft with Game Pass, which helped us replicate the strong community from Steam on Xbox. They really are great people to work with, and we’re very excited about the opportunities that Xbox Game Pass for PC can give publishers like us, and independent studios from all over the world.

From a marketing standpoint, we learned never to blindly invest in social advertising without first measuring the success of previous campaign activity. Target, re-target, evolve and change your approach to ensure you’re hitting the high notes with the right people. We also learned not to follow the market; we didn’t run to every show across the world like sheep. Our games have identities, and of them are different, and offers something unique to our players. We define that prior to the announcement, and our activities reflect those definitions and needs.

If you could do it again tomorrow, what would you do differently?

It's hard to find something we’d change when the campaign and launch itself landed in-line with our targets, partly due to our audience identification and drive to create a wave of success for Grip. That said, there are always opportunities that you may not have time or resources to take. Any publisher that thinks ‘that’s it, job done' is a fool. Anyone that doesn’t evolve, tweak, touch, steer, change and improve campaigns along the way isn’t interested in the best job. Anyone that doesn’t ask the question: ‘Is this it?’ Is this the best we can do?’ Doesn’t really care about their profession. Marketing departments get a bad rep sometime, but the good ones really understand what the job at hand is, what the objectives are, and are always questioning ways of making it happen, and how to deliver and how to deliver things better. Most companies are not blessed with triple-A budgets, that frankly gloss over inept marketing skills. The real challenge and skill is to market a product with a small but fair budget.

But we’re delighted with how it all turned out. If anything, we’d possibly look at a more condensed campaign with press and influencers. We took the decision on the release date to make Grip as appealing as possible, and with a quality we’ve come to insist on from a gameplay and presentation standpoint. Caged Element did an incredible job, but we always aim to overdeliver on our goals. Timing isn’t just everything in comedy, but in sales, production, marketing; perhaps a more condensed campaign could have moved the needle more on awareness, but we’re delighted with our exposure across social, editorial, marketing and PR.

Grip is now receiving free updates post-launch. This is common for triple-A games and is becoming increasingly common for indie titles. What is the thinking behind this?

Our goal with Grip wasn’t to sell millions of units; although any publisher that says they weren’t hoping for that would be lying. Truthfully, it was to build this product that has a strong, vibrant community. Almost all of the content post-launch has been designed with the community in mind, specifically the Airblades update, which was a game changer in how the game was played but opened up the community to a new kind of player. We’re happy with where we are, but we want more people to join in. A steady stream of free content is essential in proving value and making the game welcome to different types of audiences, from the 30-minute online session to those who spend hours in the Arenas trying to beat their friends. There are so many different kinds of content we offer, like the addition of Team Mode in April; all of this is designed to We want to keep gamers playing, to ensure Grip doesn’t have a typical indie shelf life, but continues to evolve, improve and stay relevant for years to come.

One of the lines of thinking I’ve heard about a more serviced-based approach to indie titles is that they can maintain their original price point for longer, instead of cutting the RRP in Steam sales to shift units. Is this part of your thinking?

Lifecycle management is important at retail, but it’s becoming vital on digital storefronts. Smaller indie titles will often reduce the price for launch or enter as many sale periods as possible; we’re trying to do something different. Currently, we are promoting a reduction on storefronts, but this is to give the new content exposure to a new kind of player or to convert wish lists. The thing about Grip is that once users play, our experience and data shows that they keep coming back. It may not be every night, as with some of steams top sellers, but there is a consistent trend in playtime; were lucky to not just be a line in someone’s Steam library, but a game that’s revisited. SRP is important for retail partners as it is for developers, and while we’re not specifically looking to retain the price point, we are using the data we have to better position our products at a price that offers value to consumers and developers. We’re committed to a development roadmap outside of our sales strategy, and while there may be sale periods, we’re not going to be offering Grip for $4.99 anytime soon, because the quality of the product really shines through; and for that the developer should be rewarded.

The service-based approach is potentially lucrative, but ultimately quite risky. There’s almost a bet in paying to develop content that it will yield revenue in the long-term. Is this a concern for you?

Service-based approaches are very different for different types of game. We could have made Grip free-to-play, with in-app purchasing delivering the revenue. However, as an indie developer, the returns may not arrive quick enough, so we needed to assess what works for us, and for developers. The initial price point for entry is spot-on in terms of customer engagement, but the content is what drives user retention. We’ve had great experience in the past with premium products, but Grip doesn’t feel like a bet to us. All deals are based on potential, and service-based titles do carry more risk. If you’re smart or have very smart people, those risks can be mitigated in both the short and long term. Not every game as a service product will be a success; in fact, the majority don’t break even or deliver success to establish the title. We’ve been lucky with Grip, but we like to think that we’re also smart in how we invest, project and deliver products to audiences.