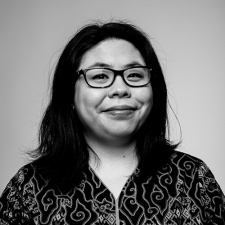 Today - Friday, March 8th - is International Women's Day and to mark the occasion, we have decided to highlight some of the incredible women working in the games industry.

Can you tell us about your current role and what it entails?

I am a game music composer and sound designer who specialises in East Asian music composition and horror audio. My role entails that I communicate to players relevant gameplay information, world building and narrative elements through audio. I also provide consultation services by working with devs to see if we could expand options in providing culturally accurate audio (from music composition, voice acting and dialogue).

What did you study (if anything) that helped you get into games? What courses would you advise for aspiring professionals interested in your areas of expertise?

I have a background in classical piano and degrees in creative music technology. Back when I was looking into university subjects, there wasn’t really a dedicated video game music course. Perhaps there was but it was nested under a degree which focused on performance / classical music which wasn’t something I wanted to do. Instead, I decided to focus on how technology works with audio and it changed the way in which I approach music composition.

I would advise aspiring professionals to study in an area where you feel like it can completely broaden and challenge your perspective in how you approach your craft. Studying a course in music technology introduced me to topics in sound design/production and music psychology.

Where did you get your start in games and how did you progress into what you're doing now? Is this something you ever imagined yourself doing?

My dad bought me a PlayStation after passing my Grade Three piano exam and a copy of Final Fantasy VII. I was never interested in games where you had to kill people but Final Fantasy VII had so much magic in its narrative and soundtrack which made me incredibly invested. Final Fantasy IX was the game that made me decide to write music for games. A definite profound moment happened when (spoilers?) Zidane finds his true origins and pushes all his friends away. The track ‘You’re Not Alone’ playing made such a huge impression on me that I wanted to people to have the same kind of experience when they listened to my music work. I was already taking piano lessons but had no real interest in pursuing a music career. Since then, I became heavily invested in composition and took music more seriously.

What part of your role do you find most fulfilling?

Since the release of Dragon Fin Soup - my first big gig - I got some tweets from folks who really enjoyed my work; one tweet describe how I bought them to tears (of a profound moment kind!) and it felt like I had finally accomplished my childhood dream. Actually, my work was adapted and performed by a string quartet at the V&A to celebrate the Design/Play/Disrupt exhibition in Oct 2018. It was a small, intimate concert with about 30 odd attendees and it was phenomenal. Actually hearing my work played live for the first time and having people physically coming up to you and saying how they teared up and had a profound moment really hit it home that I had made it and accomplished something.

Do you think there are any misconceptions, public or professional, surrounding your area of expertise?

There are so many of these! I guess one of my personal gripes would be that audio tends to always be left last minute and considered to be ‘cheap’. Like with any quality work, if you paid £20 for something, it’ll sound £20.

There is also not a lot of production knowledge in composition so people tend to be shocked at how much a track actually costs to produce.

Is there anything about the job/industry you wish you would have known when first joining?

Composition jobs in studios are very rare compared to sound design/audio editing and implementation roles. If I could turn back time and give advice to my younger self, I would definitely figure out ways to get more support in being an effective freelancer or have a focus in utilising more programming skills.

What other advice do you have for someone looking for a job in this profession?

Be part of making a game and build a working prototype. It doesn’t require a degree and there are loads of budget-friendly programs which makes the building of a game quite accessible. Having this in your portfolio will definitely boost career opportunities.

When I was being interviewed for Dragon Fin Soup as a potential composer, they were more interested in the fact that I made a working prototype/game with some close friends as part of my degree. It wasn’t my music grades, degree or music portfolio, but the game demo itself which I managed my team to produce.

Is there anyone in the games industry (or anyone else in general) who inspires you?

Too many awesome people! From indie dev friends, fellow composer friends and industry friends spearheading advocacy groups and projects in making the industry a more friendly and inclusive space.

Jagex's Curran: "I find meeting people in the games industry to be endlessly interesting – there’s huge variety but always a lot of passion from people about what they do"

Curve Digital's Buahin: 'We still have a way to go to dispel assumptions that women don't play games'