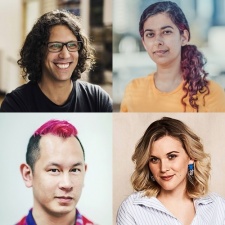 Despite housing Florence creator Mountains and Armello crafts-folk League of Geeks, the first thing we come to on our tour of Melbourne-based indie workspace The Arcade - as part of our trip to Melbourne International Games Week- is a rustic coffee machine.

It’s by no coincidence either, as the coffee maker was among the first amenities to be brought into the communal hub. The reason why is that it represents the idea that wisdom isn’t shared in meeting rooms, but rather in social settings over a cup of coffee.

There’s a good reason for promoting the idea of togetherness too as it was sorely needed back in 2008 when the global financial crisis ravaged the Australian games industry.

Before that, the country enjoyed a prosperous development scene stacked with major publisher-owned studios and independent work-for-hire outfits, from Pandemic and Krome to Team Bondi and 2K Australia.

Australia’s unique appeal back then was that it was cheap to outsource work to, but the global crash meant that money and investment vanished as swiftly as the dollar crashed in America.

Despite Australia’s currency not being too greatly affected, an over-reliance on foreign markets left the country without a local industry to fall back on.

“The 2008 crash had a big impact on the Australian industry because it pretty much shut down every major studio we had here,” Defiantfounder Morgan Jaffit (pictured main, top left), who once worked for Pandemic, tells PocketGamer.Biz.

“This was before open platforms, and indie dev was really a thing, so all we had locally was a handful of local developers (people like Krome and Halfbrick) and a bunch of US-owned studios (THQ, EA/Pandemic, Sega, 2K, etcetera).

“In two years, all of them shut down, which didn't leave much in the way of opportunities for Australian games developers.

“Fortunately, this coincided with the rise of mobile and indie dev, which opened up a new door for some of those developers.

“Even so, only in the last couple of years have we seen the number of people working in the industry reach the pre-financial crisis numbers.”

Our sister-site PocketGamer.biz has the full report.