What's going on with the Portuguese games scene? 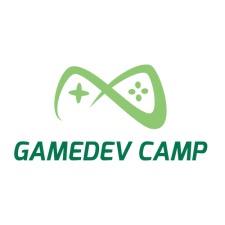 The organisers of Lisbon event Game Dev Camp tell PCGamesInsider.biz about the Portuguese games market and the challenges it is facing

What have the last few years been like for the Portuguese games industry?

The economic crisis that affected Portugal generated the latest boom of small indies studios, which, in most cases, resulted in combined forces of experienced game professionals with talented newcomers, fresh out of game development BS and BA courses.

Many of these guys were former Miniclip employees, one of the first big companies that trusted in the Portuguese talent way back in 2010 - at the time of this article, Miniclip continues to be the biggest videogames company operating in Portugal, with an employee count of roughly 200. While some Portuguese studios that existed before the crisis have shut down, some others are still in operation. However, the majority of the talent pool from those same studios, that either ceased to exist or simply shifted towards other industries, are still working in the industry by either joining more established studios like Marmalade or by creating their own indie or work-for-hire studios and projects. Obviously, some professionals also went abroad, mostly to Germany, the UK and Finland.

Can you give me a quick snapshot of what the Portuguese games industry looks like right now?

If we put every game industry related professional working in Portugal together we have somewhere between 600 and 800 game developers, with an additional 200 newcomers from universities and media schools, every year. Hopefully, these numbers will grow fast in the upcoming years.

Studios size usually vary from two to ten in most cases, but still, some studios go above those numbers. As an example, all the big studios have between 150 and 200 employees.

We have 16 universities and technical schools’ degrees directly related to video games. These BA and BS studies programmes exist from up north in Vila Real, Barcelos and Porto, Leiria, Lisbon and the Algarve in the south. Plus Covilhã in the interior part of the country.

Recruiting is still not a nightmare in most areas and for the moment competition from others IT industries is not having a great impact unless one is looking for specific niche technical areas - and in that case, the same problems from the rest of the world also apply.

The indie scene appears to be booming in Portugal. Why is this?

Due to the continuous efforts and achievements of experienced professionals, many universities and media schools have been made aware of the opportunities that lie on offering solid and market-ready videogames courses, thus becoming also catalysts for the (re)emerging Portuguese video games industry.

Moreover, many talented Portuguese industry professionals have amassed plenty of experience in many top-tier studios, like Blizzard, CD Projekt Red, Ubisoft, etc. Many of them have also left their jobs on those studios to start something new, right from Portugal.

This new wave of Portuguese studios is managed by young entrepreneurs that work side by side with more experienced game development professionals, some with more than 10 years of experience in the industry.

Another interesting fact is that most of these studios are developing PC and Console projects and not betting on mobile, even if, in some cases, their professional experience has been mostly connected to developing mobile games and apps.

What kind of challenges is the Portuguese games scene facing?

Game Industry in Portugal is still perceived like something new or recent, even if it is not entirely true. We have games made in Portugal since the early 80s.

The majority of the companies in Portugal are self-funded with no support from Business Angels, VCs, Banks or Public funds.

Even when studios have a solid track record and experienced professionals it is still difficult for them to find investors in Portugal, and most of them end-up looking abroad and sometimes end up having their fiscal headquarters abroad.

Nevertheless, we believe that there's a good opportunity for this to change soon. We have the obligation of educating local investor about the industry and its opportunities, as well as to try and bring foreign investors to Portugal.

Game Dev companies are still in the oblivion of being IT or Content Industries players and we need to change that. Together with the government and public institutions, we need that game studios to see their creations valued and recognized. Seed capital is essential to early-stage projects and prototypes, and like in many other EU countries, we need to have access to those public funds. It is very common to play a prototype from a studio in Spain or Belgium, and find out that they had between €20k to €70k support to develop it to that phase, and that very same prototype is competing with Portuguese ones that had zero support to get the investment to be a full scope project of €150k to €500k .

Besides investment, taxes is another major problem for the Portuguese game industry. It takes months, if not years before a single product is ready to go to market. Game Devs in other E.U. countries are now perceived as culture and have tax exemption until the product/game is ready to go to the market and that gives them a strong another financial leverage.

What's the next few years looking like for the video games scene in Portugal?

We strongly believe that the first GameDev Camp event in 2014 marked the beginning of a new game dev scene in Portugal. That event was being backed by Microsoft Portugal, together with a few developers from all over the country, that together organized an event that in its first iteration brought to Lisbon more than 300 persons.

GameDev Camp is now organized by some of those developers, and is now going for its 5th edition. For the first time, the event is organized by a Game Developers Association and has the official support of Lisbon municipality, AICEP that is the state organization for foreign investment and the UK embassy in Portugal. So yes, something is evolving, not only in the way game developers are working together and talking with the government but also how the government is seeing this industry. Lisbon and Portugal have changed a lot in the last few years, Web Summit changed the way Portugal is perceived internationally and how investors are looking to new opportunities in Portugal.

On the other end, universities and media schools programmes revolving around videogames development have also matured, with joint-efforts between them to and create better game prototypes. Projects like GameNest, a kind of games incubator that joins IPLeiria Videogames, Lusófona Videogames BA degree and ETIC, an art and technical school are great examples of the quality of work from students that will soon join the industry as a valid workforce. GameNest projects include last year winner of the PlayStation Talents awards “Out of Line”, but also another finalist of the PSTalents and other competitions like the Nordic Game Discovery Contest.