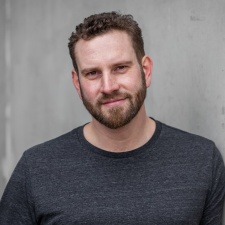 When news of a new Portal title leaked last year, many were disappointed to discover it wasn’t quite the first-person puzzling sequel they were hoping for. But Bridge Constructor: Portal was far from a let-down, and the partnership between Headup and Valve has since sold half a million units.

Given the unique opportunity to collaborate with one of the industry’s most enigmatic entities, we spoke to Headup PR and marketing rep Gregor Ebert to discuss how the studio puzzled out creating a successful crossover between the two IPs.

How would you assess Bridge Constructor: Portal's performance thus far?

However, when journalists played and reviewed the game, they agreed on the perfect fit of Bridge Constructor's mechanics and Portal's universe, so the fans gave it a try as well and the overall reviews were extremely satisfying in all stores.

What sparked the decision to cross over two very different puzzle games?

Our CEO came up with the idea way back before the game's release. Since all members of our team, as well as the team at ClockStone Studio, are huge Portal fans, we all liked that idea very much.

Combining the physical puzzle gameplay of Bridge Constructor with Portal’s core mechanic - the quantum tunnels - made great sense to us, as the two systems seemed to blend into something very innovative on paper. So, we approached our long-time business partner Valve with the idea and fortunately, they liked it as well.

How did the collaboration with Valve - using the Portal IP, GLADOS voice actor Ellen McLain and so on - come about? What was the company like to work with?

The team at Valve was very supportive in regards to getting the best out of the game, so we received help in writing the lines for GLaDOS, as well as feedback on the game. The conversation with Valve was always super friendly and extremely game focused.

What do you see as the strongest contributing factor to the game's success?

Well, both brands, Portal as well as Bridge Constructor were quite good door openers. At the time of Bridge Constructor Portal's release, there were over 60 million users on the Bridge Constructor brand already, so many people and journalists already knew that side of the product. By combining this with the famous Portal IP, we were able to reach a whole new target group.

What are the highs and lows of working with someone else's IP for a project like this?

In this case, there were no real lows, due to the very good partnership. Of course, you have to get many things approved before sending it out to the public, as well as getting the game approved itself, but in regards to Bridge Constructor Portal the communication and the approval process was always really fast.

We can imagine that this is not always the case, so depending on the IP and the partner, approval processes could be tough in some partnerships. However, working on someone else's IP puts quite some pressure on the team, as you want to meet the expectations of the fans, especially when you step away from the original gameplay. Besides, the good partnerships with all involved parties, which in itself qualifies as a “high”, it was a great pleasure to work on such a famous IP, since all of us were Portal fans before.

Additionally, dropping the term "Portal" was very helpful when talking to the press and influencers and for the overall public perception as well.

There's a new Portal game on the way