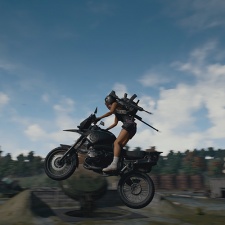 The Steam sale is now over yet full price Battle Royale game Playerunkown’s Battlegrounds is still the best-selling title on the platform.

Despite being released unfinished in Steam’s Early Access, the title continues to draw in a massive audience and hit 4m copies sold.

More about that in our upcoming interview with the man behind the craze, Brendan Green, in an interview soon.

The rest of the Steam Top Ten is largely the same faces in a different order. Second place goes again to Rockstar’s Grand Theft Auto V, while the Game of the Year edition of The Witcher 3: Wild Hunt falls once place this week to No.4.

Last week’s fourth place, shooter giant Counter-Strike: Global Offensive, jumps to one place to No.3. Daybreak Game Company’s Early Access title H1Z1: King of the Kill also rises on place to No.5, ahead of Square Enix’s Nier Automata which re-entered the Top Ten at the start of the Steam Sale.

There is one new(ish) face in the Top Ten this week and that’s Chucklefish’s Stardew Valley. This is due to a price drop the title saw at the end of last week.

Below is the Steam Top Ten for the week ending Sunday, July 9th: