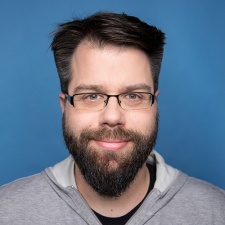 The Anno series debuted over 20 years ago, back in 1998, with Anno 1602 being developed by Max Design and published by Sunflowers interactive. The IP passed on to French games giant Ubisoft when it acquired the German publisher in 2007, with its own Blue Byte studio working on the franchise alongside Related Designs as of 2009's Anno 1404.

The latest entry in the series, Anno 1800, debuted in April and is already the fastest selling game in the franchise to date. We caught up with creative director Dirk Riegert to find out more

How would you assess Anno 1800's performance so far?

As you saw, we recently announced that it is the fastest selling game in the Anno franchise, having more than four times more players than the previous Day One record set by Anno 2205. So as you can imagine, we are incredibly happy with how the game is being received both by long-time fans, and the many all new players joining us for the first time. Looking beside the business, we are also very happy with the reactions in our community. Although we did many playtests and were regularly in contact with our fans via the Anno Union [dev blog], you never know completely how the game will be perceived in its final version. Thankfully, I can say that the reactions so far are very positive and the community is engaged to get more. In addition, we as devs just love to see some Anno matches streamed on channels such as Twitch because it is a great way to get a real, direct impression from someone outside our dev zone.

Why do you think the game has performed so strongly?

I believe there are several reasons. For one, it has been the first historically inspired Anno game in a decade, after our recent forays into science-fiction settings... We also put a lot of effort into making sure that the game has all the depth and replayability that Anno fans expect from the franchise. As Anno 1800 marks the 20-year anniversary of the series, it was our biggest priority to make a game that both the team as well as Anno fans could be proud of. Despite that, we managed to find success in new markets for the series like Asia, where the game has been doing very well for us. Part of that certainly due to the game’s popularity on streaming and video platforms during its beta phases and at release, which was a pleasant surprise for the team.

When you announced the title was coming to Epic and not Steam - despite pre-orders being live on Valve's platform - was there any anxiety about this affecting its commercial potential?

The decision to move from Steam to Uplay and Epic was a business decision. For us, at the dev team it was important that everyone who pre-ordered the game on Steam would be able to get the game and all future contents and that there was still time left to pre-order on Steam.

When Nintendo Switch launched, many indie developers boasted of strong sales on the platform. There was speculation that this was due to there simply being not much competition on the platform at the time, as opposed to the store itself doing anything different. Do you think the same could be true for Epic's Store?

It is definitely a pro to be featured more prominently and for a longer time. There are many games coming out every day, especially on PC, so awareness is not always guaranteed.

What lessons did you learn from Anno 1800's launch?

We once again saw what a huge difference in polish it can make to give the team a bit more development time, which is something that Ubisoft as a company is very good about. A very important new lesson that we will definitely take to heart and try to work with for the future was the game’s popularity on platforms like Twitch. If you look at the most popular games on the platform, they are largely dominated by free-to-play and competitive titles, so we were amazed to see how popular Anno 1800 proved with both streamers and their viewers. It would be great if we could find some clever ways to make Anno even more engaging for those communities in the future.

This is a very good question. I think any game developer (or indeed creative) will always tell you that they would have loved to tweak a dozen small things because they are perfectionists. But overall, I think we couldn’t have wished for a better launch for our game, and would likely do most things exactly the same if given the opportunity.

What would you say the success of Anno 1800 says about the state of the industry right now?

I think it emphasises the great variety of developers and games we have in the industry right now, across all platforms, genres and sizes of budget. A few years ago, many naysayers would have told you that single player-heavy PC-exclusive strategy games are dead outside of the indie space. We are very happy to prove them wrong and to show that this can be a very interesting space even for a major publisher such as Ubisoft. I think that is great news, not only for us but also for the PC platform and the fans of the genre and industry as a whole.

What are the long-term ambitions for Anno 1800? Has this early success affected those at all?

It has always been our hope that we would get the opportunity to support the game long-term with new content, such as our previously announced Season Pass or the upcoming free co-op mode. With the game’s successful launch behind us, we are more committed than ever to making sure that Anno fans can enjoy the industrialisation for a long time. Beyond that, we are confident that if we decide to go that way, we would be able to find another year where the digit sum equals 9.

After going to space and underwater, Ubisoft's Anno series is going back to the past