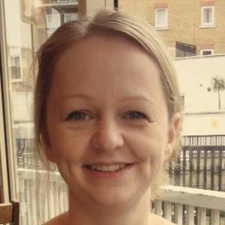 Colourful global conflict title Wargroove has been out for less than a month, but during this time indie publisher Chucklefish's latest release has received an awful lot of love.

The project has tapped into a community rabid for something like the beloved Game Boy Advance series Advance Wars and within three days of launch had sold enough copies to make back its development costs. Furthermore, the game hasn't done too badly with critics, with the PC edition boasting an 81 rating on review aggregator site Metacritic - with the Nintendo Switch version clocking in at 85 - and has received a far bit of press coverage/

"Wargroove has been released less than three weeks ago and the popularity of the game has been really exciting for us," COO Donna Orlowski (pictured) tells PCGamesInsider.biz.

"We've received amazing reviews and lots of love from our audience and community. The cherry on the cake is the acknowledgement from within the industry of our design skills."

She continues: "We're really pleased with how well Wargroove is doing, especially after we covered development costs for the game within three days of launch. We always hoped that the game would do well on Nintendo Switch in particular, as we felt that Wargroove's game would resonate with Nintendo's player base, but PC gaming is also where our foundations lie at Chucklefish, following on from our first in-house developed game, Starbound.

"The game is doing really good numbers on both PC and consoles, and with the upcoming modding support on Steam we hope that this will interest even more players."

Though she is happy with how Wargroove has performed, Orlowski says that it's hard to have specific expectations for how a project you are working on will do, much less predicting how it will perform.

"When you're working hard and focusing fully on the process it can be really hard to have any objective views or any firm expectations," she explains.

"It's super important to understand and keep in mind the audience you're developing for and maintain confidence that you'll deliver. However, you simply can never truly predict how successful a game will be - unfortunately."

Orlowski admits that the similarities between Wargroove and the beloved Advance Wars series - both in terms of aesthetic and gameplay - were driving forces in the game's success, but says that isn't the only reason for its success.

"From a gameplay and stylistic point of view, Wargroove really resonates with fans of the GameBoy Advance era, who enjoyed the turn-based tactics style games which appeared on the system," she explains.

"There are also few elements of Wargroove that have really captured player's imaginations, namely the map/cut-scene editor, difficulty level of the game and interesting story and Commanders to get to know in the campaign mode"

Wargroove's level editor has been one of the most talked-about parts of the game so far, with the game receiving coverage because users have been making other titles - unsurprisingly, Advance Wars - in this part of the project. This continues from the last game Chucklefish developed, Early Access darling Starbound, and already 6,000 maps have been made by Wargroove's community.

"Custom content has always been big part of the plan for Wargroove, following on from Starbound where community-made creations and builds we're a big part of the game's experience," Orlowski says.

"We knew that players would love the opportunity to create their own maps, so we wanted to look one step further and offer players the same editor tools that we used to develop the game - included skirmish maps, cut-scenes, puzzles, campaigns and scenario editing tools. We've already seen over 6000 maps uploaded into the game, and some really creative content, which we've been highlighting in our Community Spotlights blogs and featuring in-game to spread the word."

Now that Wargroove is in the wild and bringing in the numbers, Chucklefish says there is long-term support planned for the colourful warfare title.

"[The long term plan is] to keep supporting the game. At the moment we're working on a quality of life patch, based on our immediate player feedback," Orlowski says.

"After that, we'll be aiming to put out some DLC for the game to expand the experience - more details on that when we have it."