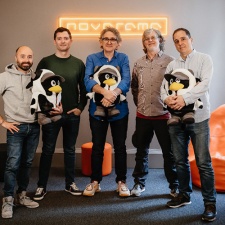 Tencent's latest games investment is in Barcelona, Spain based Novarama.

The Chinese tech and entertainment giant has purchased an undisclosed stake in the developer, which will support it working on a brand new and as-yet unannounced MMO project.

“Sir Isaac Newton said: to see further you must stand on the shoulders of giants," Novarama CEO Dani Sanchez-Crespo said.

"Partnering with Tencent, the world’s leading publisher of online games, opens a vast world of possibilities for us. Today is a great day not just for us, but also for the Spanish development community as a whole. Thanks to everyone involved on this journey. I can’t wait to share what we are working on."

Novarama was founded back in 2003 and worked with Sony on the Invizimals franchise for PlayStation 3, as well as its PSP and Vita handhelds.

In 2019, it released action RPG Killsquad on Steam.