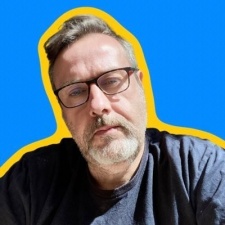 British video games veteran Stewart Gilray has died at the age of 51.

As reported by GamesIndustry.biz, the developer passed away after contracting COVID-19 back in December. He was apparently hospitalised on December 20th before dying yesterday (Thursday, January 6th).

Gilray was a long-time member of the UK video games scene, having started as a freelance programmer for the likes of Psygnosis, EA and Bullfrog. From there, he went on to work at 21st Century Entertainment, Grolier Interactive, Revolution Software, Runecraft and Binary9.

In 2006, he founded Just Add Water (JAW), an outfit best-known for its porting abilities, as well as reviving the Oddworld franchise with 2014's New 'n' Tasty.

On social media, many members of the games scene have paid tribute to Gilray after his passing.

"My friend Stewart Gilray was taken from us a few hours ago," Q-Games' Dylan Cuthbert wrote on Twitter.

"Covid cut short his life and destroyed so much. He was the nicest bloke I knew, stubborn as hell, and always there for me. RIP Stew, you daft bugger Red heart."

Industry vet Andy Payne wrote: "I cannot believe Stewart Gilray has died. We were only chatting on the 25th of November about him finally taking full control of Just Add Water & how good that would be for the team, the clients & himself. RIP Stew. You were a very good person to know."

Thunkd founder Andrew Crawshaw added: "Still reeling from the news about Stewart Gilray. Despite only living a few miles apart, we first met at GDC over a decade ago, and he was kind enough to give me advice and words of encouragement when I started Thunkd. Thoughts go out to his family and
Jaw colleagues."