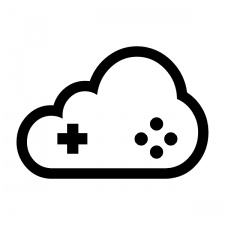 The cloud games market is set to explode in value within the next five years.

That's according to a report from DFC Intelligence – commissioned by cloud games firm Genvid – which forecasts that the sector will be worth $13.6 billion by 2026. For context, at the moment cloud games bring in around $1 billion annually.

The firm also says that gamers who current play using consoles and PC will make up $10 billion of the forecast.

"The overall conclusion is that the cloud is more than just a distribution method for traditional games," DFC wrote.

"In addition to decreasing the load on end-user devices, cloud computing represents an opportunity for new forms of games and interactive content that cannot otherwise be created. These new content opportunities are what is expected to drive cloud games to $13.5 billion in revenue by 2026."